Mental illness IS a physical illness 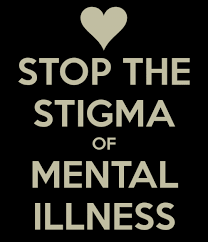 This week a german airline pilot, Andreas Lubitz, apparently intentionally crashed the jet he was flying, killing himself and all 149 passengers on board. The world wide response has been one of grief and sadness, appropriately. Questions have been asked about how and why this happened. And leaders from around the world have called this the saddest day. They have also accused the pilot of being crazy. But what’s the implication of that. It seems that they are linking his depression with crazy. And if this is the case, that’s a problem for many reasons, not the least of which is it perpetuates the stigma of depression.

Perhaps it’s important to start with what depression is and isn’t before the term crazy gets bandied about. Depression is a disease, the same as cancer or diabetes, that affects the brain of a person which than causes issues with weight, thinking, sleep, and and decision making ability. According to the World Health Organization (WHO), more than 350 million people world-wide suffer from depression, it is the leading cause of disability world wide, and is a major contributor to the global burden of disease.

Is this starting to sound like a physical disease?

So why is there such stigma associated with depression? Why is it that those suffering from depression (not to mention anxiety, eating disorders, and others) feel they have to keep it such a secret? Why is it that we still say it’s different than all other physical diseases?

In an article in the British Medical Journal, author Lewis Wolport writes about his own depression and the stigma of it. He writes:

Mental illnesses are perceived as different as they express themselves through those very characteristics that make us human – cognitive and affective and behavioural – and thus differ from physical illnesses5. Mental illness is thus seen as embodying the core of the person and not just affecting some organ like the heart or lungs. (http://bmb.oxfordjournals.org/content/57/1/221.full)

His article is personal, informative and well written. There is one slight change that needs to be made, however. And it is this: that it is different than psychical illnesses. While it is true that’s the perception, it is not true that’s what actually happens.

To see this, all one has to do is look at the brain scan of a person who suffers from depression as compared to one of a person who does not. It is clear that there is a difference between the two. While a brain scan cannot diagnosis depression, or any other mental health issue, it can start to show how and where in the brain, a physical entity, there is an effect.

A look at how depression is a physical issue
Let’s say a person meets the clinical definition of depression (to be separated from sadness, grief, etc), how will this manifest itself physically? First, a person suffering from depression is more likely to lose interest in eating and thereby lose weight. The converse is also true, often people will gain weight as they eat more. Clearly this is a physical issue, one that can have grave consequences. Not only does this potentially lead to further depression, but too much weight gain leads to all sorts of issues including metabolic disease and too much weight lose leads to other issues such as too much stress on organs.

There’s the lack of sleep that often comes while at the same time the person feels unmotivated to get out of bed. Again, we all know what happens when we are sedentary: we gain weight.

Than there’s the stress of being depressed. When we’re depressed we feel alone, isolated, and scared. All of which puts out bodies into a stress state and causes the release of cortisol. This can be a problem that leads to other diseases such as Cushing’s Syndrome. The symptoms of Cushing’s are weight gain, easy bruising, edema, hypertension, diabetes, and menstrual disturbances, to name some.

We could go on and talk about how depression affects every part of our body, how it may ultimately leads to death, and how it affects quality of life (if there’re any questions about this, Andrew Solomon wrote The Noonday Demon and most beautifully talks about his journey through depression), but suffice it to say, it there is clear evidence that depression is a physical illness. Perhaps what needs to be done, instead of perpetuating the stigma, is to accept that depression is experienced by many (19 million in America alone, by some estimates) and that the effects on quality of life affects many, many others such as family and loved ones and coworkers.

Was Mr. Lubitz depressed and did it affect his decision to crash the plane he was flying? Only time will tell. What we need to remember, however, is that depression (as separated from Mr. Lubitz) is a disease of the body and it’s organs. It stems from the brain and affects every aspect of a person’s life, physically, emotionally, and mentally. As a result, if we choose to perpetuate the stigma of it, we will continue to have people who feel ostracized, isolated, and alone. They will continue to not seek medical attention from those trained in depression and it’s treatment, and they will continue to suffer needlessly.