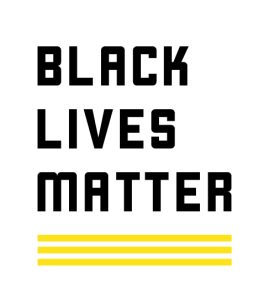 Duante Wright.
His name must be said.
George Floyd.
His name must be said.
Breonna Taylor.
So must her’s.
Erik Garner
And his.
And hers.…
While this list could, and should, go on to name all those who have died at the hands of police, both in our current century, as well as for the last 400 years, I want to acknowledge that we see you. We see you. It is clear that anything we try to offer won’t help to change the past. Whatever we say won’t help to bring back Travon Martin, Philando Castile, Tony McDade, or Freddy Grey.
Yet, we see you.
As a white person, I do not know what it is like to live as a person of color in this county. Sure, I understand the history of policing in this country and how it was and is meant to protect bodies that look like mine, how racism has been written into the laws of this country, how privilege has been used to keep bodies of color down. And I also can’t begin to understand how that’s carried, felt, shared by those who have been oppressed, abused, subjected, beaten, ignored. I understand the history, sure, but not how that’s being held in black bodies, brown bodies, bodies of all people of color.
For far too long the names of those who have been killed or murdered as a result of being a person of color have been forgotten. No longer. We will not forget. You are seen.
This support comes unequivocally: Being stands in solidarity with the black community. Period. We ask, say, demand, that systemic racism be met with systemic change. We state we will not sit idly by while a group of people is targeted and killed. We will work, whether by supplying pro bono sessions, giving of money, protesting, listening, canvassing, or whatever the means be, to bring change. We see you.
It has been said that if you’re not angry, you’re not paying attention. We’re angry. We see you.
Alton Sterling.
His name must be said.
Jamar Clark.
And his.
Michael Brown.
And his…
Being believes Black Lives Matter.